In the first three months of 2021, Europe's share of the world's airline traffic halved. At the same time, Asia's traffic has grown to almost 50% of the global traffic.

Corona has massively impacted the entire aviation and airline industry. However, after more than 12 months of the pandemic, it’s getting more and more clear how successful world regions have tackled the pandemic.

Nevertheless, we wanted to know the details and, therefore, looked at the world region’s traffic before Corona and during January and February. Traffic in this context means we analyzed the number of operated flights of each world region. Of course, there are other metrics, such as the number of passengers or ASKs — however, we believe that the pure number of flights is one of the best indicators to compare the different world regions.

When looking at the number of flights before the pandemic, we can see Europe playing an essential role with roughly a fifth of the world’s traffic. North America accounts for 26% whereas Asia represents the most significant traffic part.

If we combine world regions, we can get an even more similar picture with America accounting for 36% of the world’s traffic, EMEA (Europe, Middle East, and Africa) 27%, and Asia 36%.

Fast forward to January 2021. By 2020, Europe’s share in world traffic shrank to 12%. At the same time, Asia’s share in the world’s traffic has grown to an incredible 45% — that’s almost half of the world’s flights!

When looking at February and March, North America’s increase in flights reflects a clear sign of the success of the vaccination program. North America’s traffic has grown steadily from 26% to 30%. Moreover, North America’s share is currently bigger than in pre-Corona time.

On the other side, Latin America and the Middle East region are almost back to their pre-Corona share in world flights. Of course, that doesn’t mean that the number of flights is back to a pre-COVID level, but it shows that capacity reductions are in line with the rest of the world.

When looking at February and March, Europe’s share in world traffic constantly decreases. From 12% in January to 9% in March. And to really drive home that point: In pre-Covid time, the number of Europe’s flights was twice as much as Latin America’s and thrice as much compared to the Middle East. In March 2021, Europe maintains a similar level compared to Latin America and the Middle East. This picture gets even more evident when we look at the world’s biggest airlines or airports in 2021. 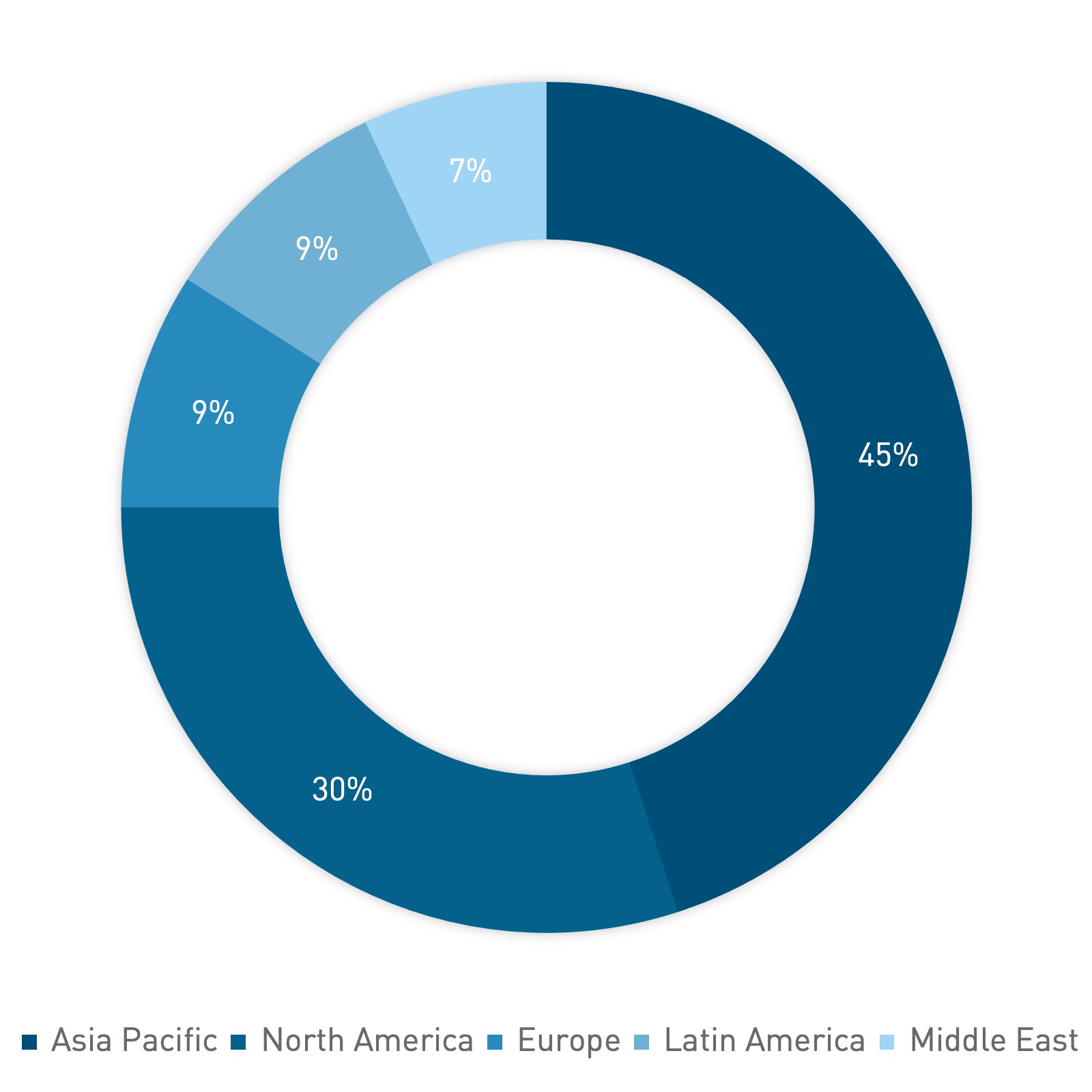 How soon can Europe Recover?

The question remains how soon Europe’s nations will recover and play a significant role in the world’s airline traffic again? Since the vaccination program has been accelerated in Europe’s biggest countries over the last months, Europe’s airlines desperately wait for the summer travel peak.

However, Asia and North America are also not yet back to pre-COVID figures. And if nothing unforeseen happens, the traffic numbers in these two regions will continue to grow during the following months. Therefore, it will be interesting to see if and how soon Europe can reconquer its pre-COVID share in the world’s air traffic.

What do you Think?

We’re always happy to get your feedback! Leave us a comment or get in touch with the author on social media!