How COVID-19 Impacts the Digital Transformation Strategies of Airlines

COVID turned the airline industry upside down and impacted all areas — from fleet planning to network management and operational processes. Next, we take a closer look at how the pandemic affects the digital strategies of airlines. On top of that, we explain why we believe that airlines become vulnerable.

The Golden Age of Airlines’ Profitability is Over

The golden age of airlines! Probably that’s how we’re going to call the period from 2014 – 2019 in a few years. Years in which many airlines operated at relatively high-profit margins. Of course, we witnessed the bankruptcies of airlines during that time. However, from my point of view, most of them were related to standard market mechanisms. 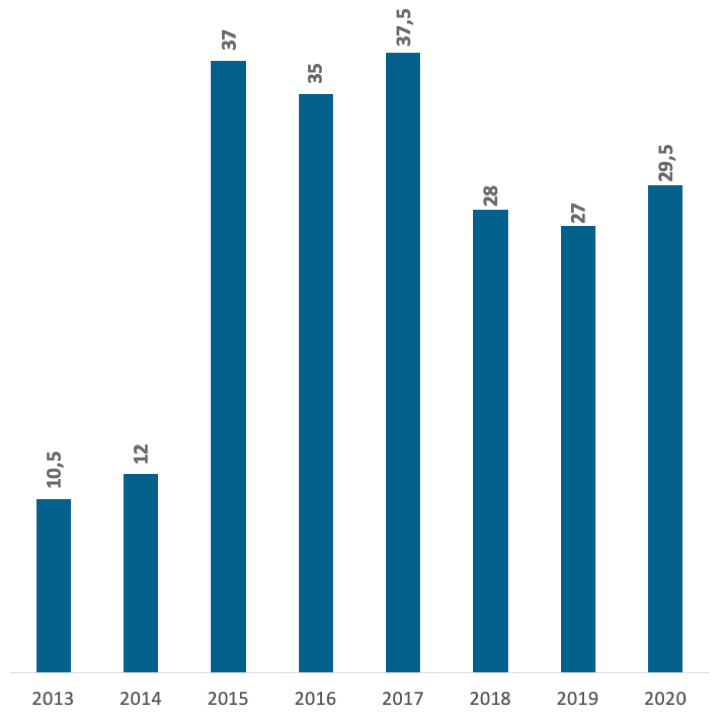 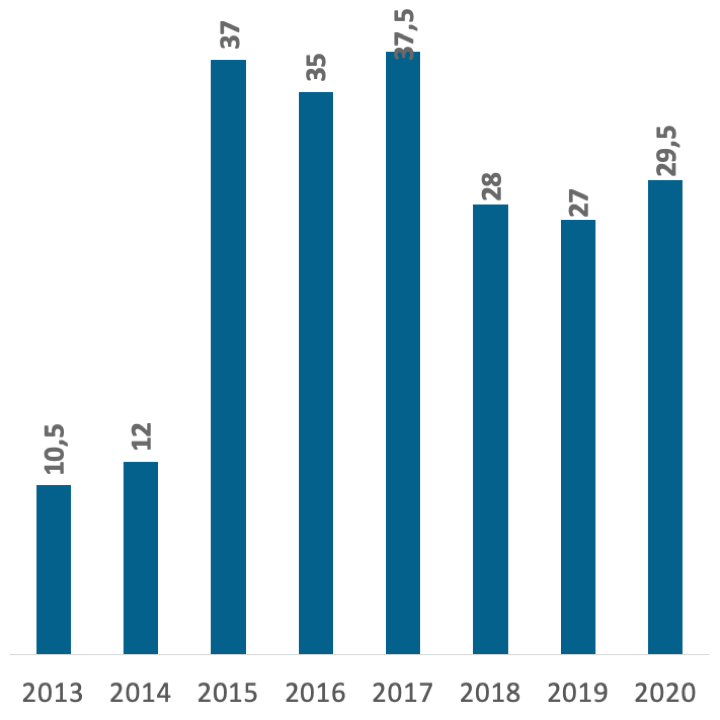 In total, as shown above, airlines generated a profit of 175 billion USD from 2014 to 2019. But undoubtedly, this golden age came to an abrupt end with the outbreak of the COVID-19 pandemic. You don’t need a Ph.D. in Aviation Management to forecast the advent of a considerable period determined by financial loss, bankruptcies, state aid, etc. How long it’s going to take? Actually, no one knows.

Correlating with increasing revenues and profits, SITA reported that airlines’ spending on technology and digital initiatives reached records year after year from 2014 to 2019. Having worked closely with many airlines over the globe during that time, it was amazing to see how airlines accepted the digital challenge and started to transform their business. The amount of digital initiatives that have been kicked off seems to be endless.

Additionally, many airlines —especially flag carriers and airline groups— formed new departments and incubators to develop innovative digital solutions. Some airlines even set the goal to become a tech company with aircraft operations as an add-on (that means, tech’s first, aircraft operations “just” an add-on).

Personally, I think the digitalization of the airline industry was needed and overdue. The question is, how is COVID-19 going to affect technological developments and digital initiatives?

Unfortunately, I believe that COVID-19 has a devastating impact on airlines’ digitization process and the ability to develop modern, digital solutions. Especially during the next 12 to 24 months, airlines will re-concentrate on their core business: flying. But I’m also convinced that this approach —as necessary it might be— will make airlines vulnerable. From discussions with airline colleagues, it seems that taken measures are pretty similar — depending on the financial situation and percentage of remaining operations:

Accordingly, airlines will reassess their digital strategies on a broader scale during the following months. However, the results are pretty evident from my perspective, especially when taking the above into account.

State Aid As A Key Differentiator?

In 2020, many airlines received state aid. Depending on the carrier’s size and relevance, governments pumped millions and billions into struggling airlines. However, state-organized financial support may play a decisive role in the future digitalization of airlines.

Here are two reasons why:

Regardless of the details, there’s one thing for sure: The entire airline industry will reduce its investments tremendously. First and foremost, this is going to happen in non-operations-relevant areas. Accordingly, I’m genuinely convinced that we will see an industry developing at a much slower pace in digital and technological aspects.

The thing now is that the digital revolution is going to continue. Most likely, we will even see an acceleration of digital developments due to the Coronavirus. The rise of de-central offices and home offices is just one prominent example of an area where COVID-19 disrupts heavily.

The question is if the airline industry has financial equity to keep up with digitalization in the future. I’d rather doubt it.

From my point of view, one of the main reasons why external players disrupt the industry lies in the fact that the industry lags behind digital development. Indeed, the entry barriers are pretty high due to the required assets and related financial effort. But, conversely, no one knows how a disruptive approach will look.

What Do You Think?

Always happy to get your feedback and start a discussion. Hit me up on Twitter or get in touch on LinkedIn.